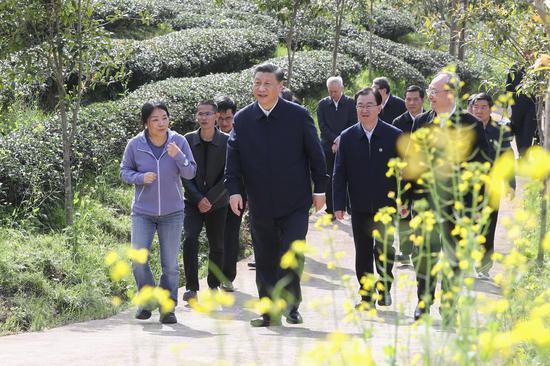 Xi, also general secretary of the Communist Party of China (CPC) Central Committee and chairman of the Central Military Commission, made the remarks during his inspection trip to east China's Fujian Province from Monday to Thursday.

Xi also called on Fujian to make greater progress in developing a modernized economy, take bigger strides in exploring a new way of integrated development on both sides of the Taiwan Strait, and achieve greater breakthroughs in creating a high-quality life.

The inspection trip took Xi to the cities of Nanping, Sanming and Fuzhou. He researched local efforts in implementing the guiding principles of the fifth plenary session of the 19th CPC Central Committee, facilitating a good start in the 14th Five-Year Plan (2021-2025), and coordinating regular epidemic control and economic and social development. 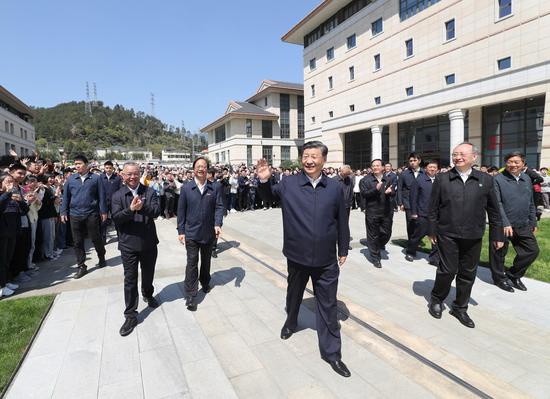 On Monday afternoon, Xi visited the Wuyishan National Park, one of the pioneers in piloting the national park system. The aim to build a nature reserves system centering on national parks is to keep the ecosystem intact and protect biodiversity, Xi said.

Visiting a tea farm, Xi called for coordinated efforts to promote tea culture, the development of the tea industry and the use of technology in the sector. He also stressed more efforts in implementing the arrangements to dispatch technical professionals to rural areas to help with local development.

After the tea farm, Xi visited a park dedicated to Zhu Xi, a renowned Chinese philosopher of the 12th century. The president called for innovative efforts to transform and develop fine traditional Chinese culture.

While visiting Shaxian District of Sanming on Tuesday, Xi made his first stop at Shaxian General Hospital where he learned about the reform of local medical and healthcare system and emphasized that people's health is a hallmark of socialist modernization.

Xi also called for deepening reform of the medicine and healthcare system, balanced distribution of high-quality medical resources and improved infrastructure at the primary level.

In the afternoon, Xi paid a visit to Yubang Village of Xiamao Township, an old revolutionary base, where he underlined that the key to rural vitalization lies in developing industries that suit local conditions and benefit local people.

While inspecting the provincial capital of Fuzhou on Wednesday, Xi called for continuous efforts to make the city a better place and deliver more benefits to the people.

Xi went to the historical and cultural block of Sanfangqixiang (Three Lanes and Seven Alleys) in the city. He said the protection of historical blocks, ancient architecture and cultural relics is equivalent to the preservation of the city's history and heritage.

During his visit to RICOM, an optical lens company, Xi underscored the importance of independent innovation.

"We can only be in the front rank in scientific and technological development through making innovations, while following others will not work," he said. "We must accelerate our pace to achieve self-reliance in science and technology."

On Thursday morning, Xi inspected Fuzhou-based Minjiang University. At a square on the campus, Xi said young Chinese bear the responsibility of realizing national rejuvenation, calling on students to actively devote themselves to building a modern socialist China.

Also in the morning, after hearing the work reports of the CPC Fujian provincial committee and the provincial government, Xi stressed the importance of applying the new vision of development in a complete, faithful and full manner in a bid to promote high-quality development.

Xi called on Fujian to increase support for innovation, deeply integrate into the joint efforts in building the Belt and Road, ensure the sound operation of the pilot free trade zone, and build a new system for an open economy at a higher level.

Efforts are needed to accelerate rural vitalization and fully revitalize the development of the old revolutionary base areas in Fujian, Xi noted.

Xi highlighted the need to incorporate the goal to peak carbon emissions and achieve carbon neutrality into the province's plans for eco-friendly development.

Concentrated efforts should be made to improve people's lives and find more ways to increase their income, Xi said.

He stressed the non-profit and public-welfare nature of the country's education sector, urging deepening reforms in this sector. 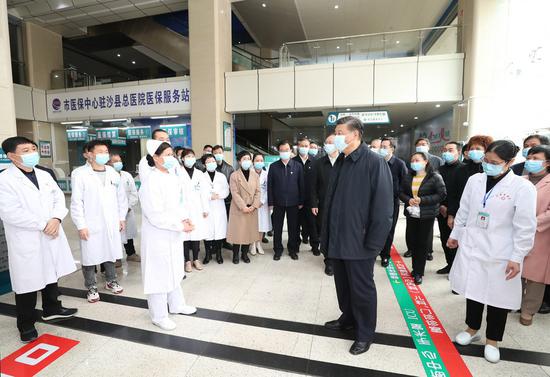 The anti-epidemic work to guard against both imported cases and domestic resurgences should also be conducted in a continuous and diligent manner, he said.

Highlighting Fujian's rich revolutionary legacy and unique advantages in Party history learning and education, Xi called on CPC members to gain a profound understanding about the historical necessity of the leadership of the Party and the correctness of the path of socialism with Chinese characteristics.

Most popular in 24h